Hubby's day off in India!

So, it was a Holiday in India today (or yesterday for him now LOL), which meant no work for Hubby. He, and Ken (an employee from the Newcastle Office), rented motorcycles for the day to head out of Chennai. They headed South to Mahabalipuram, a resort town 60km away. Sounds like he finally had a nice time out there! The pictures of the beach where they had lunch look absolutely wonderful... especially compared to the lovely snow I am presently looking at. He also made it to a few temples as well. I'm glad to hear that he is finally enjoying himself, he hasn't had much of anything nice to say until now.

Oh, he did get into a little trouble shortly after heading out on the bikes. He got caught speeding!!! Although sounds like it was easily sorted out. He says it was a pay right now kind of ticket, so 300 rp later (under $10), he was on his way LOL.

Here are the pictures he sent to me. Editing to mention that Hubby is the one with the sunglasses! 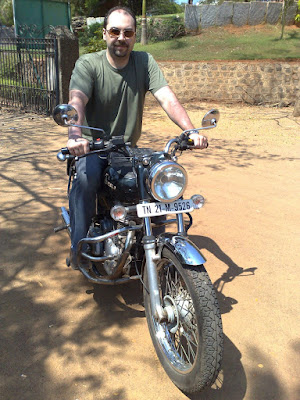 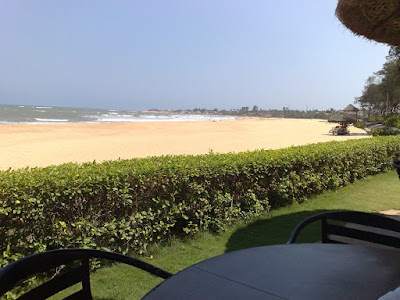 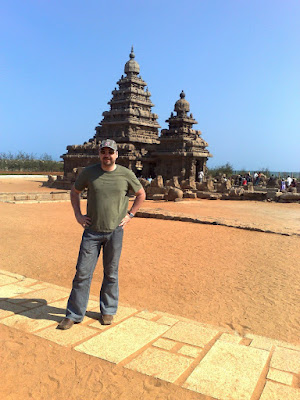 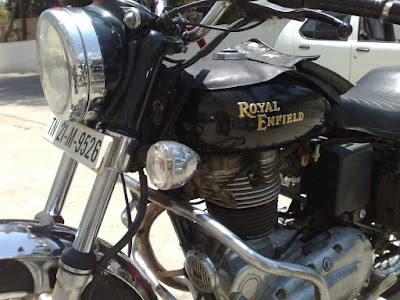 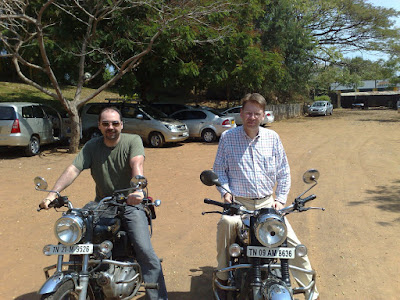 Created by FindingAnge at 2:28 PM