Figure I should get on here and write about my camping experience with the boys. First off I have to say a great big Thank You to everyone that helped me this weekend, you all helped to make it a wonderful weekend for me and the boys. I especially want to thank A's Hubby, he really helped me out with getting the tent set up.

We left the house later than I had wanted, the boys were not exactly helping me get ready. The island in my kitchen, actually became an island Friday morning. As I was trying to pack our clothes into a bag upstairs, the boys decided it would be a good idea to let the water run on the freezer door. Not exactly what I need to start my weekend off, but still just kept working away at getting at the door. I did get some help from my Mom, she came over during her lunch hour to give me an extra pair of hands.

As we pulled up, I was helped immediately. The boys were watched while I unloaded, and of course the wonderful help setting up the tent. The only real glitch was that first night sleeping in the tent, it was a little difficult for the boys. Monkey and Bug did fairly well, but Little Man was not impressed with the sleeping arrangements. He did not like his peapod bed, and did not like sleeping beside me either. At around 11pm when the other two had finally crashed, I took Little man out to the camp fire. Eventually he passed out, so off to bed I finally went. He did wake up during the night, but settled with me okay.

The next day was fairly good, the boys had a blast running, playing in the pools, and whatever else they could do while there. There was a lot of kids running around, as well as dogs, which my boys are obsessed about. One dog in particular became their new best friend, Angel. She was the first thing they talked about in the morning, and who they tended to gravitate too. Thankfully she was a wonderfully calm dog, who seemed to love children as much as they loved her.

The boys were upset when we had to head home, but were mollified by the promise that I will rent a tent trailer to try out this year. I plan to see what is available this summer tomorrow, hopefully I can get a decent week to take it out, at least I don't have a work schedule to work around. This I plan to do alone, hopefully it works as well as I hope it does.

I didn't take too many pictures, just wanted to enjoy the weekend more than anything. But here are a few I did get. 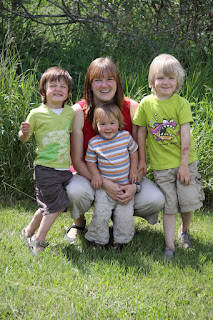 I think this is my favorite pic of me and the boys! 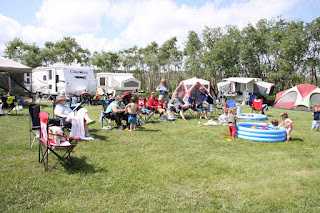 The little kids having some fun. 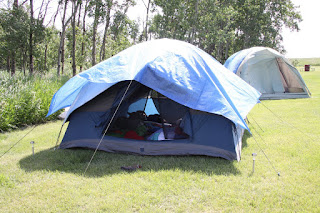 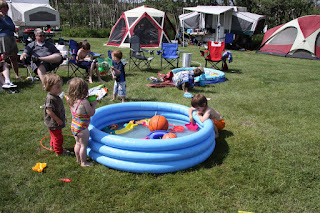 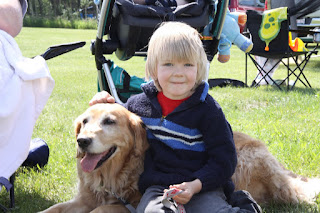 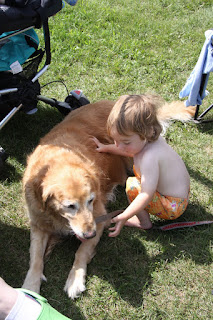